For the past several months, members of the MORE Caucus, along with our parent and community allies, have fought tirelessly against the unjust and unnecessary budget cuts proposed by Mayor Adams and approved by City Council. 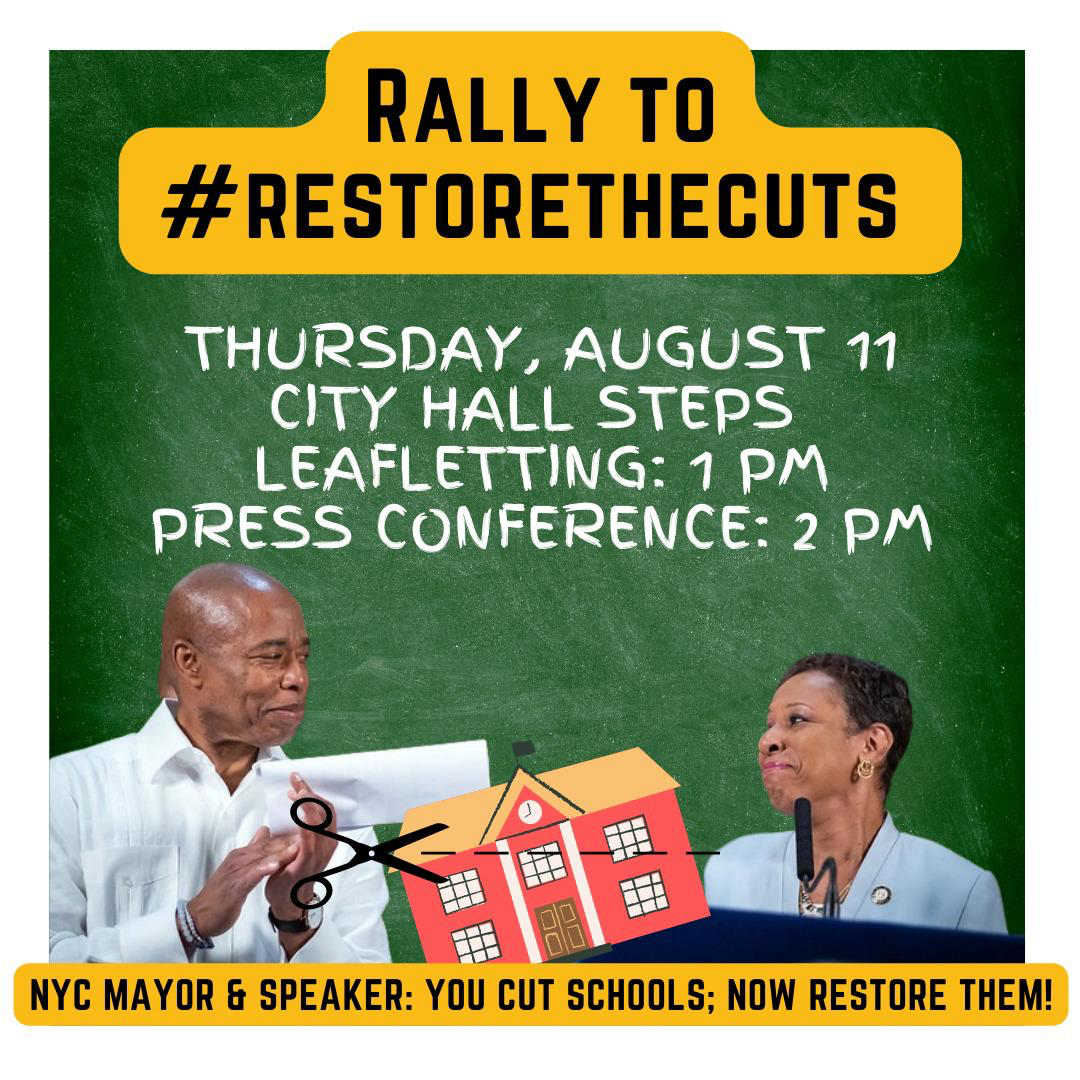 On Friday, August 5, we had our first victory when Judge Lyle E. Frank ruled in favor of the plaintiffs who had brought forth a lawsuit against the city calling the budget cuts not only unfair, but also a violation of due process and state law.

Rather than moving the process forward, the city has already begun to appeal the decision that was handed down by the court. We are not surprised by their response as the Adams administration hired the same litigators as the Bloomberg administration, notorious for closing schools, propping up charters and turning a blind eye to racial segregation within New York City’s public schools. The new unnecessary budget cuts are simply another step the Mayor is taking in his efforts to further privatize our public education system.

We will continue to fight and work alongside our allies to fully restore the budget and build upon the momentum that we have gained from this victory.

We hope that you will join us in the fight for fully funded public education for New York City public school students. Watch this video to learn more about the cuts and how communities are fighting back.