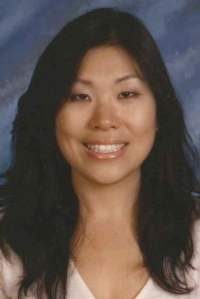 Jia Lee, MORE candidate and teacher at the Earth School, is one of the conscientious objectors who refuses to administer the NY State Test this year.

Jia Lee, one of the MORE candidates running for NYSUT (state union) office this weekend, is one of these brave teachers. Jia and two other teachers at the Manhattan’s Earth School, as an act of conscience, are declining the role of test administrators for the 2014 NYS Common Core tests. In a letter to Chancellor Fariña, they write “we are acting in solidarity with countless public school teachers who have paved their own paths of resistance and spoken truthfully about the decay of their profession under market-based reforms. These acts of conscience have been necessary because we are accountable to the children we teach and our pedagogy, both of which are dishonored daily by current policies.”  Please read their thoroughly researched position paper on the Teachers of Conscience blog.**

At P.S. 167, The Metropolitan Expeditionary Learning School, MORE members Robin Baumgarten and Kimrom Thomas collaborated with all the teachers at their school to write  “Is testing taking over our schools? An entire faculty says yes,” an article that appeared in The Hechinger Report and Chalkbeat on Wednesday.

Katie Lapham, who currently serves on the MORE steering committee, is blogging daily with observations and thoughts on this year’s test administration and exam.

Kate Larson, a MORE member and teacher at the Hamilton Heights School, works with parents and volunteers from Time Out From Testing, a statewide organization, where almost 50% of students opted-out of the tests.

Change the Stakes, a parent organization that collaborated with MORE to host the Feb 1 “MORE than a SCORE” testing forum, estimates that the number of NYC students refusing to take the tests tripled this year.  We echo the NYC parents in Change the Stakes’ video who emphatically proclaim that these meaningless tests are ruining public education.  They don’t prove anything about what students have learned and, have resulted in the suspension of important programs such as art, sports and creative writing.  “We are out! We are refusing to take the tests,” they chime in the video.  Education, one father argues, “should bring that light to a child’s face.”  We are all tired of seeing our children suffer and lose their shine as a result of this punitive testing program.

What is happening at your school? We know there are many more MORE members raising their voices to resist high stakes testing (these are just today’s highlights!), and we want to hear from you.  Comment below, or e-mail us with ideas, stories, or shout-outs from your school!

**MORE does not encourage NYC public school teachers to refuse to administer the tests without legal support and without seeking advice and solidarity from their union brothers and sisters at their schools.

Be the first to start the conversation!