Thank you everyone for coming to our membership meeting on Saturday.  Although the democratic process was messy and long, we agreed to found the Movement of Rank and File Educators, approved a mission statement, decided to run in the 2013 UFT elections and take on a number of action campaigns!

The full mission statement, and meeting notes are below (please reply with any corrections). END_OF_DOCUMENT_TOKEN_TO_BE_REPLACED

This is a special message for those of you planning on attending the UFT Delegate Assembly tomorrow, April 18, at 52 Broadway (4/5 to Wall St.).

There are two important matters on the agenda that we would you like to ask your support for. The first, is a resolution in solidarity with the turnaround schools, which are facing closure at the end of this year – see below for the text. If you have speaking rights at the DA, please raise it during the motion period.

Also, Occupy DOE is asking delegates and Chapter Leaders to support an amendment to the leadership's resolution endorsing the May Day demonstration called by Occupy and the immigrant rights and labor movements. While we welcome the leadership's support, we would like a specific endorsement of the educator's contingent meeting at 40 Irving Place in front of Washington Irving HS on May 1, and also a committement to specific measures to help mobilize for the demonstration. The amendments will be distributed at the DA.

Resolution Against School Closures and Turnarounds

For this Month’s Agenda

Whereas Mayor Bloomberg’s decision to implement the ‘Turnaround” model in 26 schools imposes a new teacher rating system without negotiation, by forcing the educational staff to reapply for their jobs.; and,

Whereas this policy would essentially add 26 schools to those targeted for closing this year leading to an astonishing 51 school closures in one year; and,

Whereas, in doing so, the mayor and chancellor show complete disregard and disdain for the students, teachers and communities affected by this policy, inflicting unconscionable harm on them in an attempt to bust our union and eliminate due process for us all; and,

Whereas this declaration of war on our schools and our union should be met with a strong, militant and united response; and,

Whereas our greatest strength is the power of a mobilized rank and file, working alongside local communities, students, parents, educational advocates and others who are affected by these disastrous policies;

Whereas, chapter leaders, delegates and members from many of the original 33 turnaround schools have united to call a rally against school closings at DOE headquarters on April 19, 2012, at 4 pm.

Be it resolved that the United Federation of Teachers endorse and support the April 19th City-Wide Rally Against School Closures at Tweed.

For more information or to get involved in further organizing, contact:  [email protected]

We hope everyone had a relaxing spring break.  However, there is a very exciting week coming up to prepare for, culminating in our membership meeting on Saturday April 21st at noon, where we will make important decisions about the Points of Unity and the upcoming UFT elections!

There will be an crucial demonstration for closing “turnaround” schools on Thursday, a forum on the new teacher evaluation system on Tuesday, and an important Delegate Assembly on Wednesday.

Also, coming up will be an big march on May Day with an educators’ contingent as well as major citywide forum against Mayoral Control on May 5th.

Please see below for details everything that is going on.  To join the SOTU discussion group and receive additional emails, click here or reply to this email.

Our next planning committee is meeting tomorrow, Monday, April 16, via conference call at 8:30pm.  The committee is open – click here to join.

1) Saturday, April 21, 12-3PM – Membership Meeting –  at Graduate Center for Workers’ Education – 25 Broadway, 7th Floor (4/5 to Bowling Green, 1 to South Ferry).   Proposals and agenda were sent out over the break – reply if you would like another copy. Responses and additional proposals due by email to [email protected]gmail.com by Tuesday 4/17, and a final version will be sent out on Wednesday.

3) Wednesday, April 18 – UFT Delegate Assembly – 4pm at UFT HQ (52 Broadway) – Help SOTU distribute flyers, raise resolutions and advertise the member meeting – reply to this email if you can help make copies or distribute before the meeting.

4) Thursday, April 19 – Rally against School Closings - 4pm at Tweed (52 Chambers) – Based in part on a growing sense that the UFT is not doing enough to fight school closings, chapter leaders, delegates and members from seven of the 33 (now 27) closing schools have called a rally to be held in front of Tweed, DOE headquarters, a week before the Public Education Panel will vote on closing their schools.

And be sure to mark your calendar for these upcoming events.

Weekly Update #2 – 04.03.12 – Teachers for Trayvon Thursday + Membership Meeting (and other events) after break

We hope everyone is looking forward to a relaxing and well-deserved spring break.  However, there is a very exciting week afterwards to prepare for, culminating in our membership meeting on Saturday April 21st!

Also, Thursday, teachers are involved in an important action around Trayvon Martin – please check out the SOTU blog for details. `

Please see below for everything that is going on.  To join the SOTU discussion group and receive emails beyond the weekly update, click here or reply to this email.

1) Saturday, April 21, 12-3PM – Membership Meeting - Location TBA.  See the following proposed agenda. Proposals on Points of Unity, our name, a skeletal membership structure, as well as discussion documents about elections, will be all distributed by Saturday April 7, two weeks before the meeting.

4) Thursday, April 19 – Rally against School Closings - 4pm at Tweed (52 Chambers) – Based in part on a growing sense that the UFT is not doing enough to fight school closings, chapter leaders, delegates and members from seven of the 33 (now 27) closing schools have called a rally to be held in front of Tweed (DOE headquarters) a week before the Public Education Panel will vote on closing their schools.

And be sure to mark your calendar for these upcoming events.

Planning Committee:
The planning committee met on Monday, March 26.  For minutes, please reply to this email.  Next meeting is a conference call planned for Monday, April 16 at 8:30pm.  The committee is open – click here to join.

Chapter Leader Campaign:
On Friday, we hosted a small but successful happy hour on Friday for candidates for chapter leader and delegate. We had three candidates delegate and one potential chapter leader. The discussion focused on a lot of the nuts and bolts of a chapter leader campaign – how to put out an initial letter, how to identify issues with coworkers, how to deal with divisions in the staff.  We now have about 11 CL candidates that we have identified across the city as well as a few Delegates.  This is much more modest than we had initially hoped, but it represents some real base building and a solid start. We hope to organize monthly gatherings going forward

If you would like to cease receiving emails from SOTU, simply reply to this email with the word "UNSUBSCRIBE" in the subject line.

TEACHERS AND STUDENTS FOR TRAYVON!

TEACHERS AND STUDENTS
FOR TRAYVON! 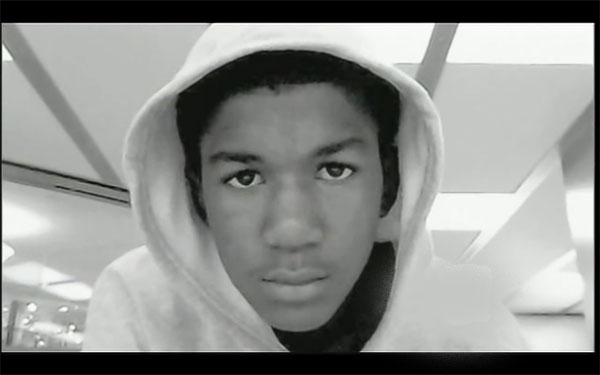 Trayvon Martin's tragic killing has brought thousands into the street to demand justice for his family. Justice for Trayvon Martin means justice for all who are targeted because of the color of their skin.
In New York City schools, our students know racial profiling all too well. Many of our students, just for being Black or Latino, are treated like criminals every single day – in stores, on the street and increasingly in our schools.
We must stand up against racism before its too late.
New York City teachers are calling on educators and students to wear hoodies to work, wear stickers that stand up to injustice, and speak with co-workers and students about Trayvon Martin this Thursday.
Encourage members of your school community to do the same.

OUR STUDENTS, OUR FRIENDS, OUR TRAYVON!
Thursday April 5th 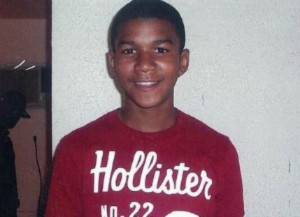